Baking Alum Rise to the Challenge of Starting their own Com…


Three Vancouver Island University alumni open up about the trials and tribulations of starting their own businesses in Nanaimo.

Kara Shedden has always wanted to own her own ice cream shop, and now that her dream has come true, life is pretty sweet.

After graduating from Vancouver Island University’s (VIU’s) Baking and Pastry Arts foundation program in 2016, she started her own business selling baked goods at the Island Roots Farmers’ Market; however, making ice cream was what she really wanted to do.

“After many phone calls and realizing that I wouldn’t be able to sell ice cream at the local markets as a home-based business, we took the next step and started looking at commercial locations around town,” says Shedden.

Burnt Honey Dessert Company, named after Shedden’s signature, self-invented ice cream flavour, opened on February 4, 2019 in Country Club Centre, during a major snowstorm that shut down schools and businesses across the city.

“One of my favourite memories from that first week was having people buy cones in their snow jackets and boots,” she remembers. “They would then stand outside with snow coming down sideways, eating an ice cream cone. I will forever smile thinking of these days.”

Right from the start, the store experienced a huge demand for their products, which include ice cream and French macarons. To keep up with demand, Shedden has hired 10 additional staff members over the past four months.

“My VIU training was vital to my growth in the industry,” she says. “I have a complete understanding of how ingredients work, which gives me the creative freedom my customers have come to love. Over the past three years, I was laser-focused on gaining as much knowledge as possible. I had endless opportunities to reach out to my instructors for guidance during this time and I know they are still available to support me.”

For those wishing to follow the same path, Shedden cautions them to do their research to make sure it is the right fit. If it is, then get to work, and get ready to live and breathe baking and baking-related topics.

“Owning your own business is one of the most rewarding, humbling, challenging, terrifying and gratifying things you can do,” she says. “I knew I wanted to open an ice cream shop and I’ve spent countless hours reading books, making a wide variety of ice cream recipes and failing a whole lot. With every mistake, I’ve learned something and grown as a pastry chef.” 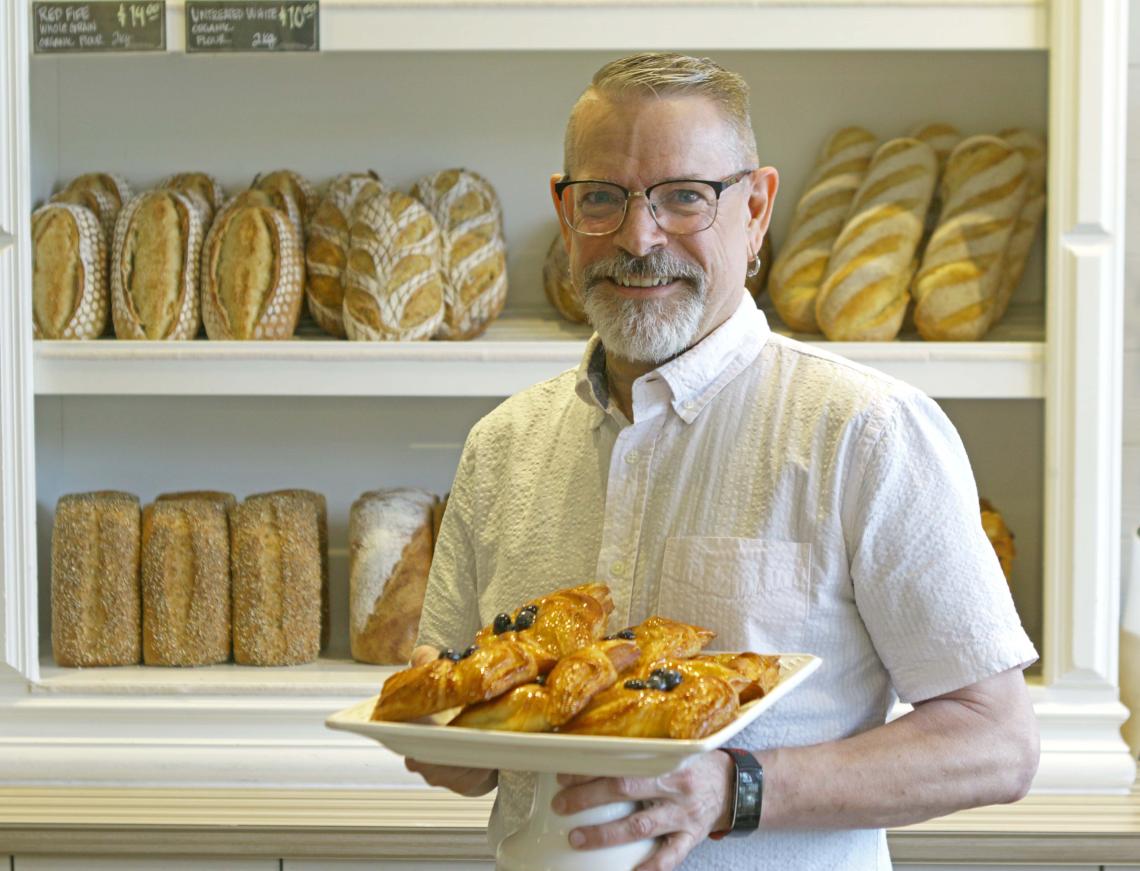 For Paul Aboud, owner of the Hearthstone Artisan Bakery in south Nanaimo, his training laid the foundation that has earned his business a national reputation for making high-quality breads and pastries, but equally important were his experiences after graduating.

“Much of the knowledge I gained about running a business was paying attention to the way things were done at the different bakeries I worked at between graduating in 2012 and opening Hearthstone,” he says.

Hearthstone opened in December 2015 with lineups out the door, and has been keeping its promise of using only high-quality ingredients to make delicious baked goods ever since – the shop has been featured on YTV’s The Zone and The Food Network. It hasn’t been a walk in the park, Aboud cautions, but it’s also been an incredibly rewarding experience.

“Starting your own bakery from scratch is not a piece of cake,” he says. “It’s hard work and the process can be fraught with obstacles, unexpected blockades and surprise costs. But then, you’re a baker and you already know that the biggest thing you’ll get out of your career is knowing you make an excellent product, your customers are dedicated and loyal, and your staff is gung-ho on producing the best items consistently.”

Making quality products is what it’s all about for Medina Mayes, owner of Nanaimo’s only artisan cupcake shop. A Wee Cupcakery opened in 2010 in the Old City Quarter.

“I wanted to have my own place where I could bake with butter and create something special with my hands,” she explains. 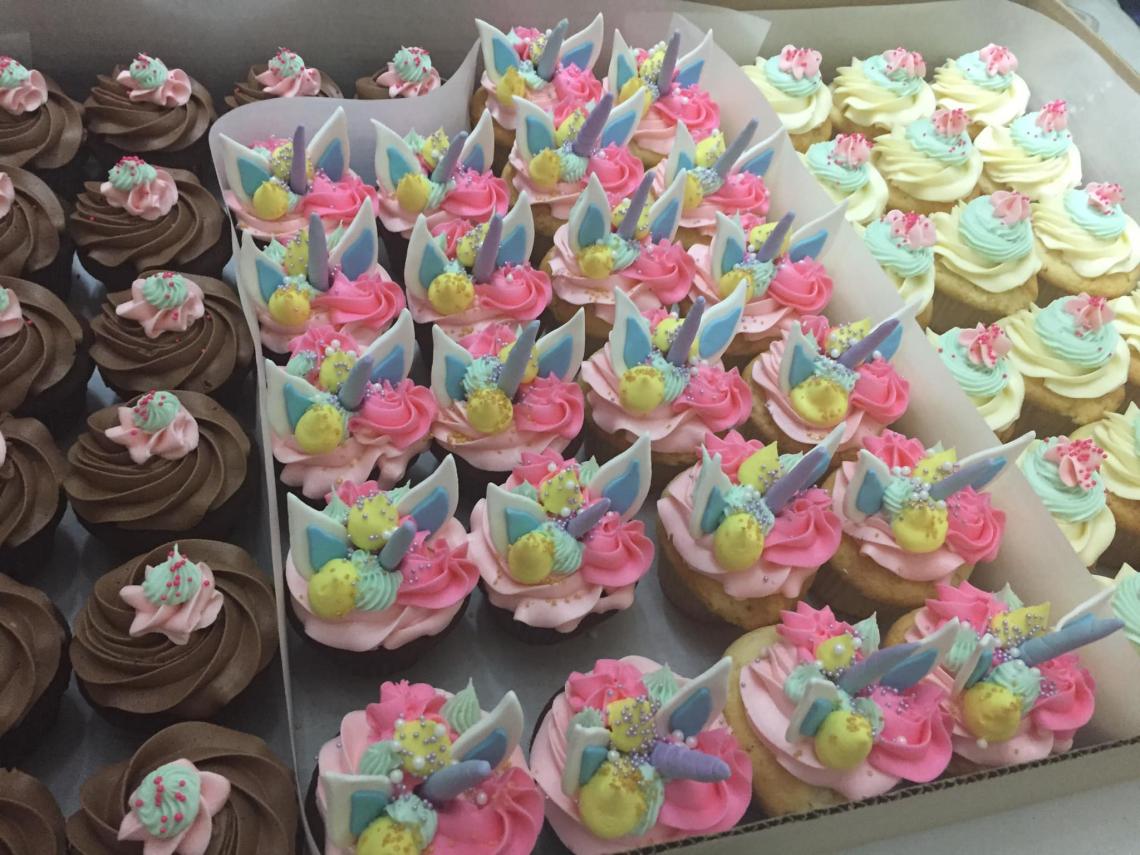 A Wee Cupcakery offers a wide variety of cupcake flavours and other specialty baked goods. Mayes, who graduated in 2005, says something she’s learned along the way is to ensure her business doesn’t wholly consume her.

“Running your own business is something you are 100% tied into, committed to completely if you want it to succeed. Be sure to find the balance between work and play and it will be worth it,” says Mayes.

Rita Gower, Chair of VIU’s Baking and Pastry Arts program, says students graduate with a solid foundation in all the kitchen skills needed to run a bakery, including production baking, ingredient knowledge and the skills to make a wide range of artisan products.

“Consumer appetite for artisan breads, pastries and confections continues to grow on Vancouver Island and across Canada, providing a niche for bakers with an entrepreneurial mindset,” she adds.