Jon Cartu Stated: Cook with these three local chefs this weekend, well, over …

A host of local chefs and bartenders have jumped online, taking part in a new, live-streamed web series imparting their wisdom and skills, so that you can learn to recreate one of their signature recipes. The interactive Zoom courses are produced by Long Beach Food & Beverage, a new website that’s looking to spotlight local eateries and send a little more cash their way during the pandemic.

There are three new courses featured each weekend, ranging from $30 to $40 per session, until mid-September. As soon as you sign up, they’ll send you the ingredient list. You will, however, need to buy the ingredients yourself—you are making it at home, after all.

Without further ado, here’s what you don’t want to miss this weekend. Oh, and if you want to check out the entire class list, click here.

Her course teaches all that goes into making a chewy and chunky plant-based toffee cookie from a baker who can translate just about any non-vegan dessert recipe and make the plant-based version just as tasty, if not tastier. She’s nailed cakes, cookies, brownies, macaroons, tarts, even creme brulee. Yeah, creme brulee, the dessert that’s about 90% comprised of cream and egg.

Allen just celebrated the grand opening of her brick-and-mortar last month, an amazing feat considering the times. Since these courses are interactive, meaning you can ask all the questions you want, maybe check-in with her and see how that’s going. 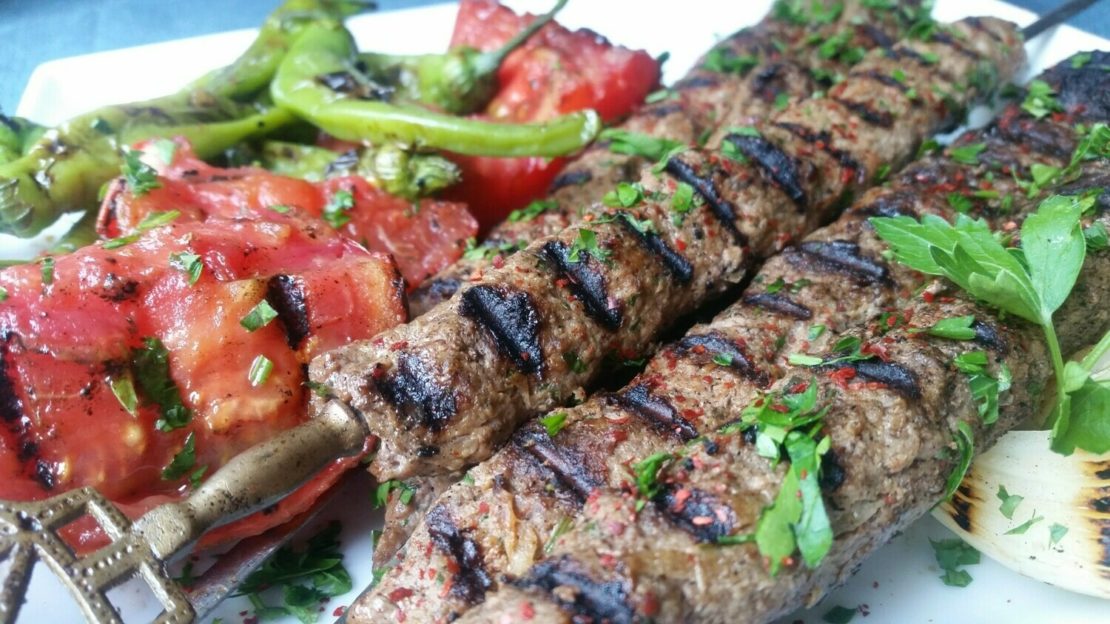 Chef Aliye Aydin has made a name for herself online with her fusion of Mediterranean and Middle Eastern styled recipes, that landed her a slot as a featured chef at the now-defunct Music Tastes Good Festival in 2018. Her online cooking classes and meal planning website, A Good Carrot, is the culmination of her Turkish heritage, schooling at the National Gourmet Institute in New York City, running a farm-to-door home delivery business and her own health journey managing an autoimmune disease that she was diagnosed with at 15.

This Saturday she’ll be walking you through the process of making one of her all-time favorite Turkish-inspired dishes, beef kofte kebab with green beans in olive oil and tomato.

Chef Vinod Venkataraman, who goes by “VR,” owns and runs Appu’s Cafe, an Indian-Mexican infused restaurant that’s housed in the ground-floor storage room at the Woodruff Medical Center. Or at least, it was a storage room before he transformed it into an eatery that has repeatedly landed itself on YELP’s top 100 restaurants list, most notably for its Maharaja Burrito, a vegetarian burrito filled with turmeric, rice, chunks of saag paneer and lentils.

This Sunday, he’ll be teaching how to make a couple of vegan-friendly dishes that just arrived on his menu. A jackfruit taco and tikki masala loaded with a plethora of seasonings, i.e. cumin, cardamom, ginger, garlic, chili, cinnamon and his favorite, tumeric, “a natural antiseptic,” he says. He should know. VR is a former medical doctor.

“I just don’t give the food, I spend time with my customers. I educate them on what healthy eating is,” he said.

Part of Venkataraman’s mission with Appu’s Cafe is to offer people delicious food he’s proud of making, but also to educate his customers about nutrition. Take, for instance, the cumin rice he’ll also be instructing how to make during the class. It’ll be made with Basmati rice, but not just any Basmati rice, it’s rice produced from the region between Pakistan and Kashmir that features a very low glycemic index—something very important for anyone looking to maintain their health, doubly so for diabetics.