On June 1, editor in chief Rebecca Fontenot Cord and executive editor Kathleen Petty gathered five San Antonio chefs in a Zoom room for a virtual roundtable about the state and future of the restaurant industry in San Antonio, what they’d been eating when their restaurants were temporarily closed, what they want diners to know and more. Here, is a transcript (edited for length and clarity) of the candid conversation. 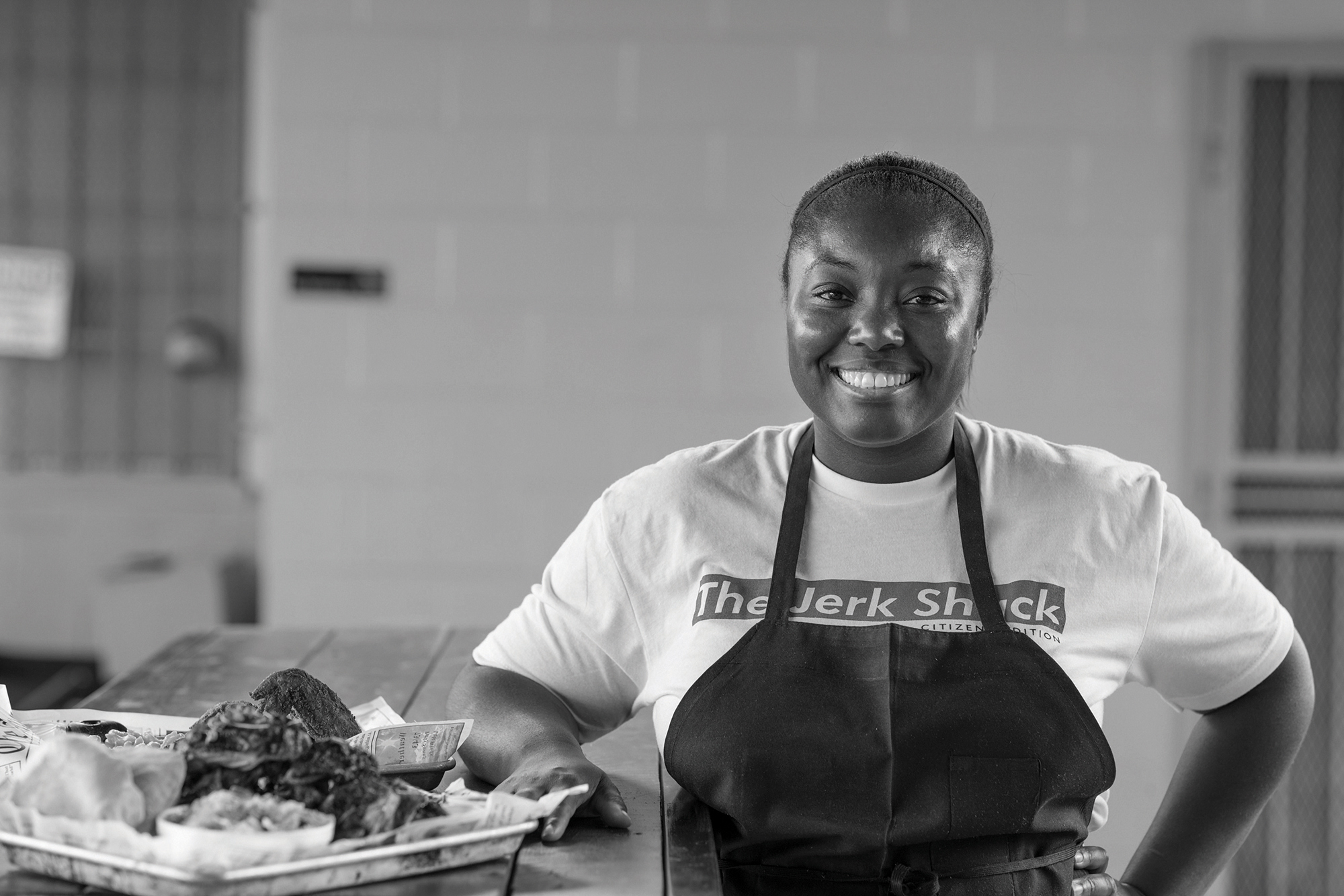 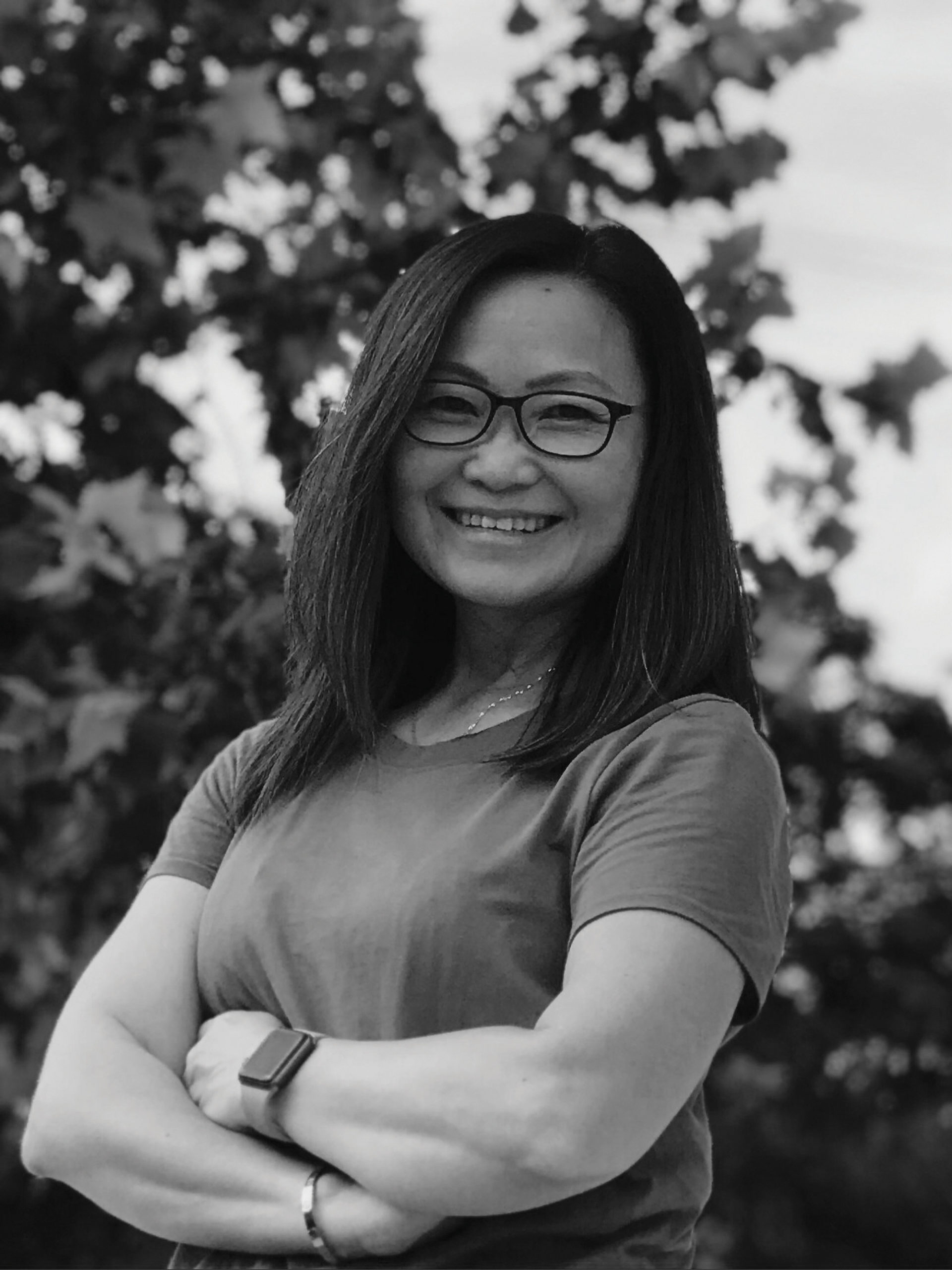 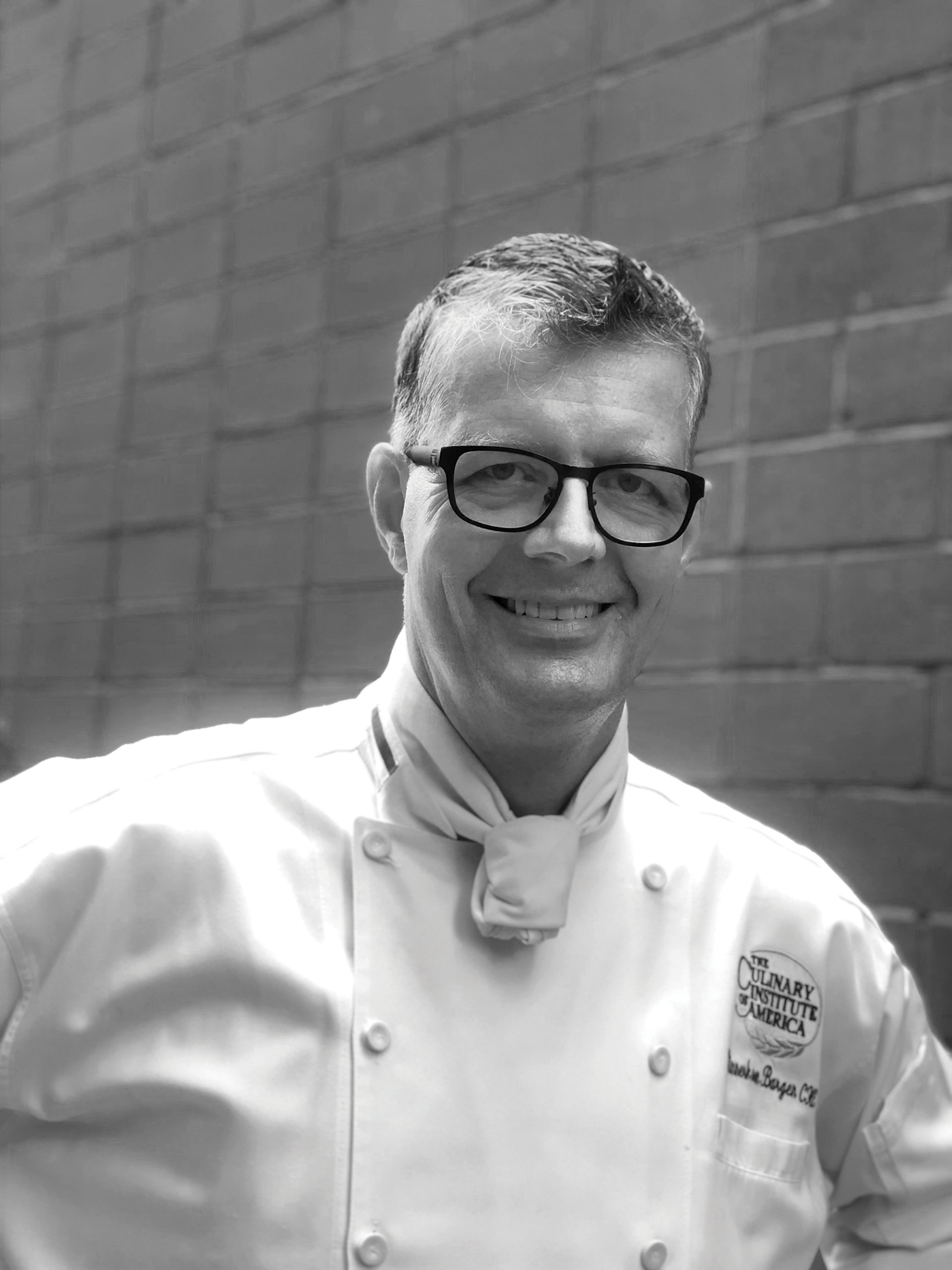 REBECCA FONTENOT CORD: How are y’all feeling about the industry right now? How has that changed in the last couple months and what do you see the future looking like?

HINNERK VON BARGEN: We can, on one hand, say the future looks uncertain, but it’s also time for opportunity. That’s how I see it right now. My hope right now is that the numbers don’t go back up and we get new lockdowns. That is my biggest hope right now.

RFC: Ming, Nicola, y’all are both in the process of opening new places. How are you feeling about that?

NICOLA BLAQUE: For me, I’m a little nervous. I kept The Jerk Shack open through COVID. We just closed off the patio seating. For us, it was an easy transition because at least 50 percent of our business was take-out. That part was easy. With Mi Roti opening at the Pearl, which is a major attraction in San Antonio, I worry about my employees. I worry about them being exposed. Even though the Pearl’s doing everything that they can to mitigate risk and everything, it’s still a fear.

MING QIAN: For me, it’s the same. I’m scared. Yeah, you open a new restaurant in this pandemic, and it’s scary. On the other hand, I wanted to have a rule to how we’re going to open, how our customers are going to act. I feel like we are going to have hand sanitizer before the customer can even go into your store because face it, customers touch everything—kids touch everything. You cannot just send your staff to constantly sanitize everything they touch. It’s impossible. I just feel like I will just offer hand sanitizer for every customer. Before they come in, they just pump some and open the door. Maybe they will feel a little bit safe that way.

(Qian is opening a second Ming’s Noodle Bar at 914 E. Elmira St., Ste. 1010, which is near Pearl, in August. Blaque opened Mi Roti in Pearl’s Bottling Dept. Food Hall over the summer.)

NB: Then there’s also the fear of telling them you have to do it and if they don’t want to do it. I know at the Pearl, they’re saying if someone doesn’t come in with a mask, they’re going to offer them a mask. If somebody doesn’t want to wear a mask—because it’s still their choice—how are you going to deal with that and turning them away? It’s all unchartered ground that we’re all trying to maneuver through.

(A June 17 order from Bexar County Judge Nelson Wolff mandated that employees and customers wear face masks when social distancing can’t be maintained. Businesses, not customers, can face a fine for not requiring this, a detail that allowed for the mandate to comply with Gov. Greg Abbott’s orders. By early July, Abbott had mandated face masks statewide for those in public spaces.)

JD: We really tried to make sure that our staff understood that we had their back, first and foremost. We also made it very clear, we’re not the social distancing police and we’re not the sheriff. We wanted our teams to know that… What we did, is we really went overboard as far as signage out front and inside. Everywhere you look, there’s signage that says you should be wearing a mask. Here are the 6-foot apart signs. We did our best to really just communicate to the general public as much as possible that ‘Hey, we’re taking this extraordinarily seriously.’ I don’t want our team to feel like they have to be the sheriff and have to confront somebody because it’s a losing situation. There’s going to be many people that walk in the door that, quite frankly, don’t give two sh**s that you want them to wear a mask. Like you said, it’s their personal choice. I just told our team, “If that person makes you feel uncomfortable, then just take two steps back and communicate with them from 8 feet away. If that’s awkward for the customer, so be it. As long as you feel safe with that, then I’m OK with it.” I think everybody is still learning. 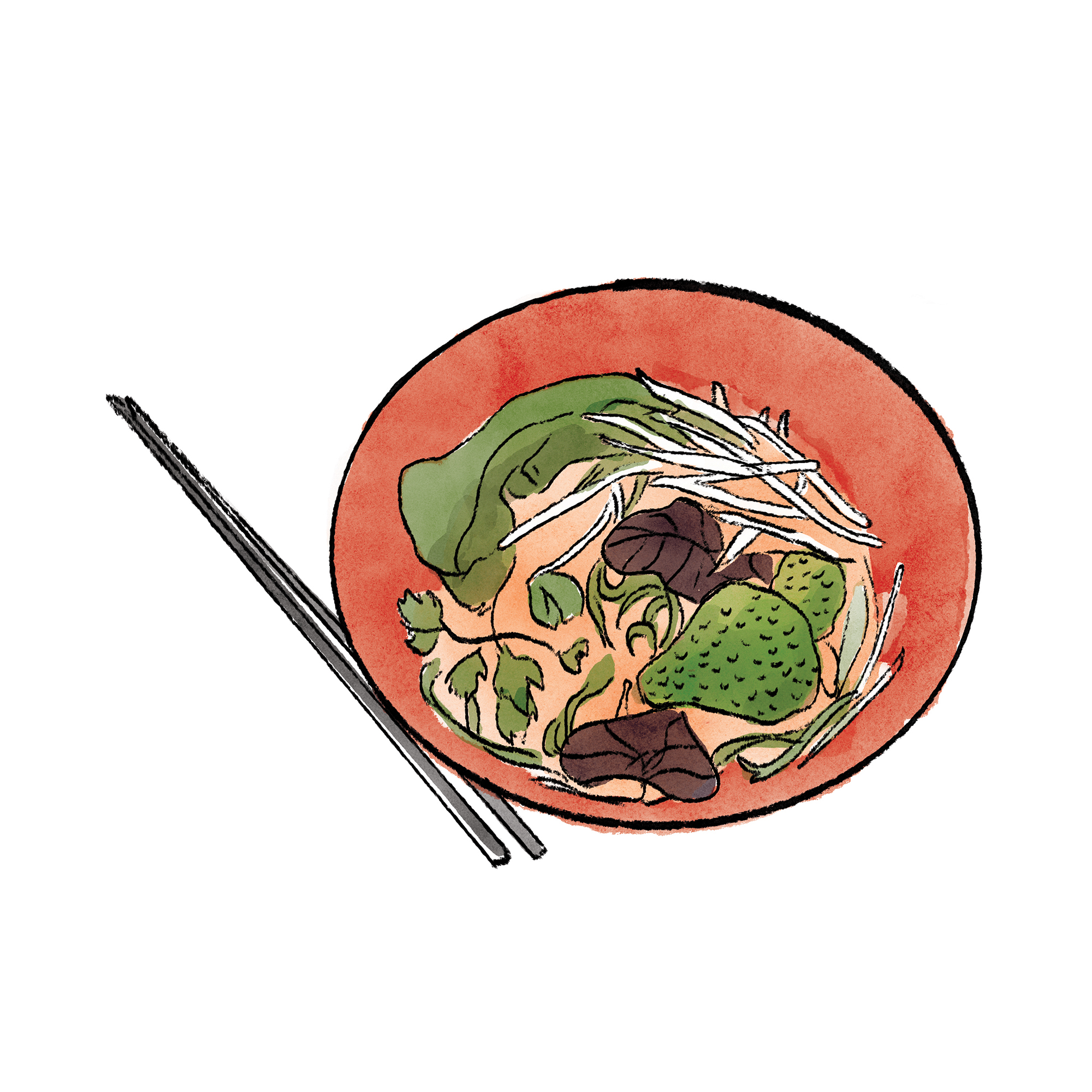 JD: Yeah, absolutely. We’re seeing that real strong. Most of our places, being barbecue places, are designed for outdoor seating, which has been a huge asset as far as being able to accommodate a little bit of a higher number of guest count. Whereas at Tre, the patio is full every night, but the inside is maybe 25 percent capacity if we’re lucky.

KATHLEEN PETTY: Do you anticipate things getting a little more back to normal? How do you even predict what the months to come will bring?

BRUCE AUDEN: I think we’re all in the same boat, that we really don’t know what’s going to happen. You’re talking about opening new restaurants. I feel when we reopen Biga, that it’s like opening a new restaurant because we’re downtown. We rely on the hotels and the conventions and the tourists. If they’re not there, what do we open as? We certainly aren’t going to be able to open as the way we were doing business before March because all our private dining rooms were full, which are huge, with a lot of convention people. For Biga, it is like opening a new restaurant with all these new restrictions and concerns. I think that they probably really don’t understand that in the restaurant business, we have been doing this sanitation and keeping the place organized and clean for so long. It’s just part of what we do. I think that once the customers get used to it, I don’t think they’re going to have as much concerns. The next few months are going to be (what) counts. That’s going to be a make it or break it, for us, in the next few months.

(Auden reopened Biga on the Banks for takeout and dine-in with a limited menu and limited hours on June 16.)

RFC: A lot of chefs and restaurateurs were doing really creative things during COVID to try to make things work with extra takeout or the meal kits or the pre-made meals at H-E B. Do you think that’s going to end up being a big part of the culinary industry moving forward?

NB: I think it is. I’m actually updating my menu at The Jerk Shack right now to put our family packs on the menu permanently. I never had it before because it just didn’t make sense. I was like, they’re going to spend the same amount. It’s whatever. But seeing that this is the go-to, I decided I’m just going to put it on there permanently. I think people are going to continue ordering those. I even do it at home—some of it’s because I have a newborn, so it’s easier for me just to pick up food and share it. Then they have leftovers.

HVB: Yeah, I think so. I’m also sure that H-E-B will continue to work with…