Jonathan Cartu Divulge: Ancient Roman cookbook lists a recipe for a burger which in…

24 Jan Jonathan Cartu Divulge: Ancient Roman cookbook lists a recipe for a burger which in…

The burger may be America’s favorite food, but the popular dish was gifted to us by the Romans.

In an ancient Roman cookbook a meal called ‘Isicia Omentata’ uses minced meat, juniper berries, wine, pine nuts and a a salty fish-based sauce – all of which are formed into a patty.

The book, called Apicius, was composed in the late fourth or fifth centuries with recipes created as early as the first century and provides recipes that the ancient empire dined on regularly.

Instructions say to mix the meat with a French roll soaked in white wine.

Then add the spices, form patties and put pine nuts and peppercorns into each of them.

Other recipes in the book include fried veal with raisins, roast tuna ostrich ragout and more.

Scroll down for video

In an ancient Roman cookbook a meal called ‘Isicia Omentata’ uses minced meat, juniper berries, wine, pine nuts and a a salty fish-based sauce – all of which are formed into a patty (stock)

Rosemary L. Moore, lecturer in history and classics at the University of Iowa in Iowa City, told the Chicago Tribune: ‘I think if people look into Roman cooking at all, they go to ‘Apicius’ first.’

Apicius is speculated to be associated with Marcus Gavius Apicius, who was deemed a lover of refined luxury and gourmet food.

The meals described in the book use ingredients found around the Mediterranean Basin and are geared towards the wealthy class.

Although the higher arches enjoyed the finer foods, they were forced  to switch to a ‘peasant’ diet of vegetable stews after barbarian vandals invaded the capital in 455 AD.

A study released in June of last year found that indulged Romans had to eat mainly plant proteins, like stew dishes instead of on meat, imported wheat, olive oil and wine. 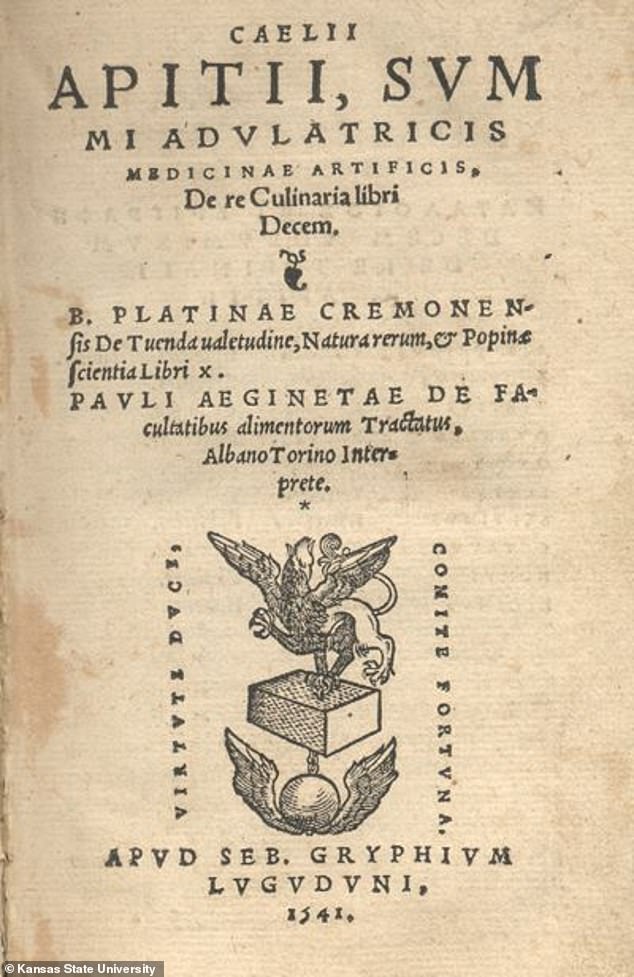 The book, called Apicius, was composed in the late fourth or fifth centuries with recipes created as early as the first century and provides recipes that the ancient empire dined on regularly

The Vandals were a group of Germanic tribes who looted great amounts of treasure, knocked all of the city’s water supplies and collapsed its infrastructure.

After the sack, the team saw clear shifts in imported foods and diet that tie-in with political changes following the breakdown of Roman control of the Mediterranean.

Researchers, from Cambridge University, found that the sacking, together with the 6th Century wars between the Ostrogoths and the Byzantines may have had a direct impact on food resources in the city.

They say that this was because their main port, Portus Romae, Rome’s gateway to the Mediterranean, was compromised.

For more than 400 years, Portus Romae played a ‘key role’ in directing imports – such as food, animals, marble and luxury goods from across the Mediterranean.

The team analysed plant, animal and human remains, reconstructing both the diets and geographic origins of the Portus inhabitants. 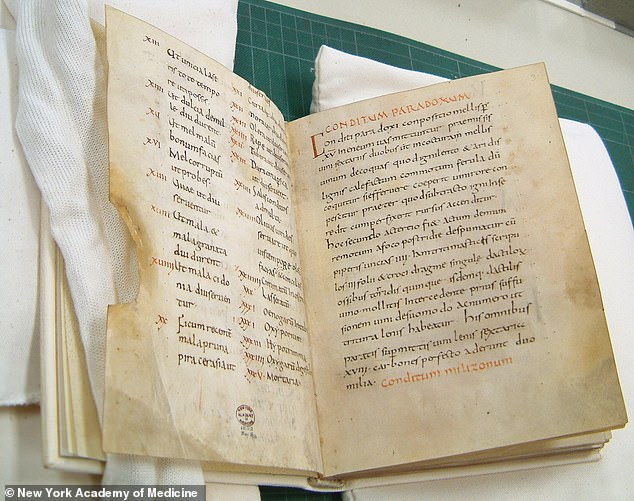 Dr O’Connell explained: ‘Towards the end of the mid-fifth Century we see a shift in the diet of the local populations away from one rich in animal protein and imported wheat, olive oil, fish sauce and wine from North Africa, to something more akin to a ‘peasant diet’, made up of mainly plant proteins in things like potages and stews.

‘They’re doing the same kind of manual labour and hard work, but were sustained by beans and lentils.

‘This is the time period after the sack of the Vandals in AD 455. We’re seeing clear shifts in imported foods and diet over time that tie-in with commercial and political changes following the breakdown of Roman control of the Mediterranean.

‘We are able to observe political effects playing out in supply networks. The politics and the resources both shift at the same time.’

HOW DID ROMANS STORE THEIR FOOD?

During the Roman era, there were certain ways that people preserved food to make it last longer.

Food was made to last longer using honey and salt as a preservative, which greatly increased the time before it spoiled.

Smoking was also used in European cultures of the time, enabling our ancestors to produce sausage, bacon and ham.

Romans also knew how to pickle in vinegar, boil in brine and dry fruit too.

All of these techniques were used to make fresh food last longer.

As well as these treatments, storage was improved, including vast stores that were built to keep grain and cereals in.

Classic storage containers were barrels, amphorae and clay pots, as well as grain silos and warehouses.

Wealthy Romans also had large storage cellars in their villas, where wine and oil amphorae were buried in sand.

A stone table with a high, smooth, base was used to store fruit during the winter. The design of the table meant that no pests could reach the food.

Romans in affluent households used snow to keep their wine and food cold on hot days.

Snow from mountains in Lebanon, Syria and Armenia was imported on camels, buried in pits in the ground and then covered with manure and branches.

In some regions, towns in the Alps for example, used local snow and ice as well as deep pits to build huge refrigerators.