By Leah Simpson For Dailymail.com

An actor on the set of Madam Secretary has been hospitalized after he was repeatedly punched in the face during a fight over catering on Friday, a source says.

The physical altercation broke out when the background actor cut in line at the craft services table during a break from filming in Whippany, New Jersey, TMZ reports.

A ‘horde of extras swarmed the snacks/coffee table’ in between recording scenes for the CBS show where Téa Leoni portrays main character Elizabeth McCord – the former Secretary of State who became President. 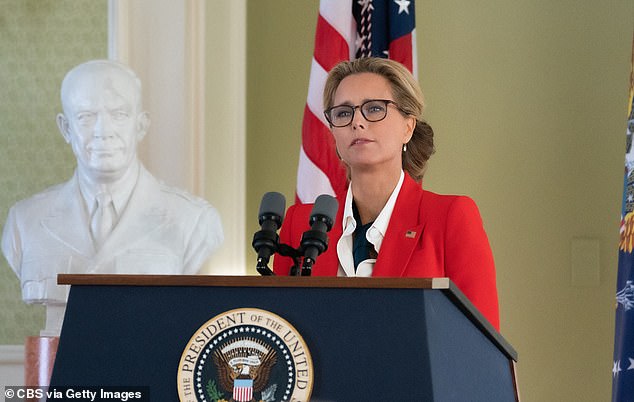 Several hundred actors were on a break from filming in Whippany, New Jersey, when the fight occurred Friday after having just filmed a speech seen with actor Téa Leoni 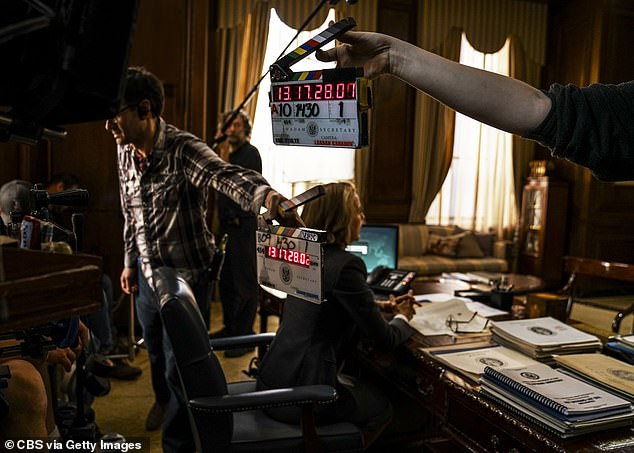 Extra ‘swarmed’ the catering table but an altercation arose after one cut in line, TMZ reports. Leoni is seen on set of the drama where she portrays main character Elizabeth McCord – the former Secretary of State who became President

People reports that ‘several hundred’ actors had gathered to film a speech scene with the actress – who was working on the final season of the drama – before an argument ensued.

When a female craft services staff member told the actor to join the back of the queue, the actor pushed the woman, a source told the publication.

That’s when another catering employee – who is married to the woman – interjected and allegedly punched the actor in the face. 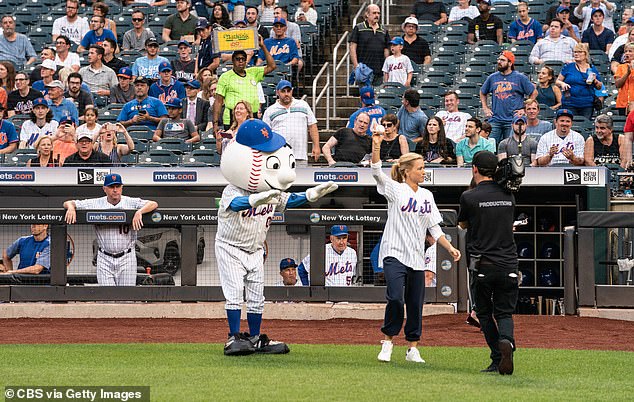 The actor ‘landed on the snack-filled table, and then the husband got on top of him and punched him several more times in the face’, TMZ reports.

The violent incident ended up ‘leaving him bloodied’, according to the source who claimed on-set police had to ‘peel the employee off the actor’.

He was taken to hospital and treated for his injuries.

‘We had 3 officers working the detail and it was contained quickly,’ Captain David White told People. ‘The only injury was to the individual who got punched.’

Law enforcement officers took statements from those involved but no one was arrested. 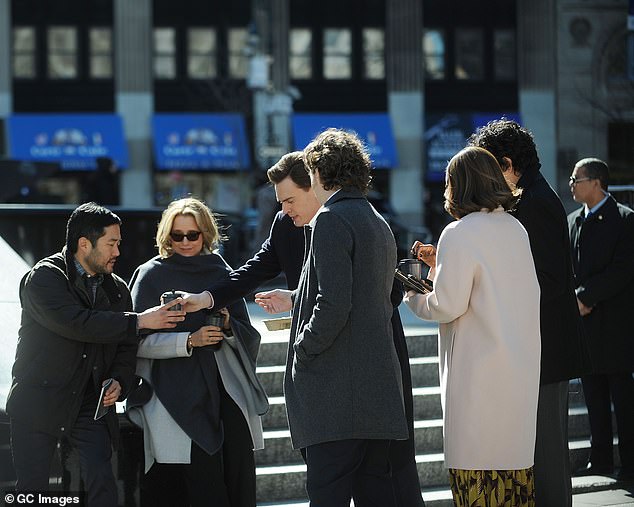 The background actor was left ‘bloodied’ and was hospitalized after cops had to peel the catering staff member off him. Tea Leoni, Tim Kang,Patina Miller, Erich Bergen, Sebastian Arcelus and Geoffrey Arendare seen on the set of Madam Secretary on March 19, 2018